BYO cocktails and join our amazing Supernatural Producer and Production Designer Jerry Wanek and myself this Saturday night at 6.30pm (right coast US time)* as we celebrate Jerry's wonderful Supernatural set book by Insight Editions, as we do a deep dive into his 15 years of designing the motels, diners and everything from heaven to hell that gave Supernatural its distinctive look.

More details at the link below. Its a free event but you need to register.

The event will be recorded so you can view later.

Any fan of Supernatural knows
Jerry Wanek
- Producer and Production Designer extraordinaire! Now he has produced an amazing book documenting all the sets from the 327 episodes over 15 years!
This book has over 390 pages and 850 images of the motels and diners, bars and gas stations, abandoned warehouses, Heaven and Hell! Of course not forgetting the longstanding sets like Bobby's house and the Bunker.
I can't wait to pore over every set pic! On a panel on the weekend, Jensen talked about how many great memories it bought back for him and that it was like a "high school yearbook - if high school went for 15 years"!
You can pre-order the book here! It's US $95 and I believe the ship around the world. 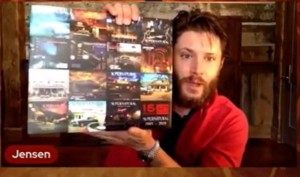 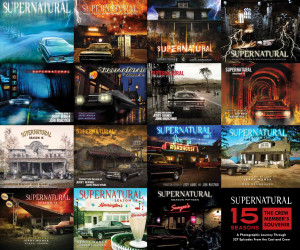 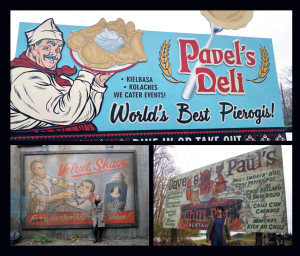 Jared's new series Walker debuted today (CW/Stan). Its a bit of a throwback to the sort of family-friendly fare you might've watched with your family on a Saturday or Sunday night at 7.30 if you were a kid in the 70s or 80s. And that's not a criticism!
It may seem an odd hit for the superhero heavy schedule on the CW, but under the Stetson wearing exterior, it is a show about a guy fighting crime and his relationships with the people around him. Surprisingly, for me, its the family drama aspect that interests me much more than the crime fighting.
Maybe the most interesting thing about the show is that it puts a new lens over the heroic dedicated crime fighter figure - as evidenced by the fact that nearly every character in the pilot calls him a dick at some point!
Cordell is a guy used to getting his way. He's hot and charming and strong. He's the guy you love having as a friend but no not to rely on. You know he has used the "my job is important" line a lot to justify putting it first, before even his family. This is not for any noble reason but because its what he likes doing. We know the type well - a bit of an adrenaline junkie, a guy who'll break the rules to get the job done, who is used to his colleagues rolling their eyes at him, but admiring him coz he always gets the job done.
There's no doubt Cordell loved his wife and kids but he was a somewhat absent father even before leaving to go undercover for 10 months immediately after his wife's death, leaving his two grieving kids in the care of his parents and brother. Just think on that - one month after Emily is killed , he leaves. Cordell gets to bury himself in his work, and avoid dealing with the impact her death has had on his children - and on himself.
Coming home, he finds he's no longer at the centre of the Walker story. His old partner is now his boss, his new partner wants to succeed and is not about to let him ruin things for her. They both let him know that his "old ways" aren't acceptable. His mother has put his kids in a Catholic school that he's not happy with, his brother has been caring for and knows his kids better than he does (despite the impact it has had on his relationship with the inevitably hot boyfriend Brett), and the kids themselves are barely holding their shit together.
The show will obviously be grappling with some current social issues, and I'll be interested to see how that plays out. I admire their aspiration to include issues like immigration and police violence and racism in a cop show set in Texas!
The casting is great across the board - the stand-out being Lindsay Morgen (who played Raven in The 100) as the new partner Micki Rameriez. She manages to be both strong and funny, is a great foil for Jared and has an impressive roundhouse kick!
As a pilot it was efficient at introducing the characters, and the premise, without long expository speeches. It was also wonderful to see Austin - a place where people do wear stetsons unself-consciously!

Want to know about Misha's new movie? Find out where to buy the Supernatural Quarantine Fanzine? Where to see Jared's latest photoshoots?

Just wanted to remind people here that i have a Supernatural e-newsletter called Route 66. It comes out about once a month - more when there is more news! -  and covers Superantural, conventions, music, fandom including fanfic/art challneges, charity projects, and all the new projects of the cast and crew.


You can sign up here and I'll send you the current newsletter.

So a group of us Supernatural fans decided we wanted to do a public farewell for the people who have brought this show to us over 15 years. So we bought a couple of billboards on the major road  that runs near the studio in Burnaby, Vancouver. Of course then production was halted just before the billboards went up! But they are there, and the wodnerful billboard company said we can leave then up at no extra cost until the show goes back to work.

The artwork has Sam, Dean and Cas in the Impala, and we added "thank you" in different langauages to reflect the global SPN fandom. 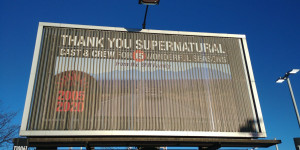 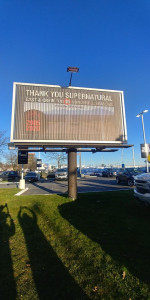 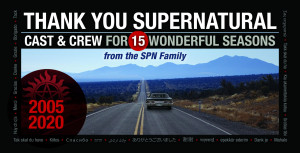 So I have an entry up on the SuperWiki now that links to a growing collection of scripts and casting sides (script excerpts used for auditions)  for Supernatural.

Most of the scripts have been shared by fans who bought them in charity auctions. The sides are from early seasons when they used to be easily available on line. Thanks esp to

raloria for donating many of the Season 2 and 3 sides.

These all make fascinating reading. You get an insight into the writers intent through descriptions and stage actions, sometimes you can see where things changed from a draft to the episode as it aired. As a writer its a great chance to study scripts, and story structure.

I hope you enjoy them, and if anyone has any scripts of sides they'd be happy to share that would be awesome!

So on the weekend Jeffrey Dean Morgan married Hilarie Burton. The two have been together since introduced by their respective friends co-stars Jensen and Danneel. The ceremony was officiated by Jensen (!!) and JDM's current costar and BFF Norman Reedus.

To top things off Jeff, Jensen and Jared then got MATCHING FREAKING TATTOOS. They appear to be a stylised crown - with three points. The top also looks a bit like a W ! (You can see it on the picture below taken of Jared at ACL) On the post JDM said " Hilarie and I weren't the only ones joined for life. Jared, Jensen and myself will forecer have a bond that is both special and permanent." 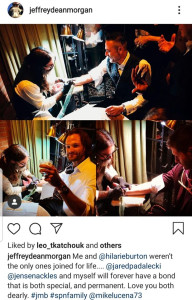 A special guest star has been announced to appear in Season 15 of Supernatural - more info under the cut!

tyrsibs
Rating: PG-13
Word Count: 2600
Warnings: None
Author's Notes: Set between the events of 14.13 Lebanon and 14.14 Ouroboros. In case you’ve forgotten Jules, she’s one of the Apocalypse World hunters. Yes, I am that person that wrote a character into my fic that was named after myself.

Written for the wonderful

spn_summergen challenge. Thanks to the mods for another great round, in one of our fandom's oldest challenges.

Summary: (Prompt from recipient) The teddy bear with its mouth sewn shut is now locked away somewhere in the bunker. Why was Sam so drawn to it? Where did it come from? What would it hurt if he just pulled the string?


Sam Winchester did not trust the teddy bear.

This was not unreasonable given that his experience with cursed ballet shoes, killer clowns and yes, even an eight foot tall alcoholic masturbatory teddy bear, had taught him that nothing was innocent. Normal people lost a sock in the wash, they shrugged it off. Sam assumed the washing machine was haunted. Laptop crashes? Demons probably. Unexplained smell of sulfur in his bedroom? Well, that was probably Dean. Still, being suspicious had kept him alive (most of the time) and not possessed (except for those couple of times).

The bear was in the haul he and Dean had taken from the pawn shop that was a front for a black market for mystical items. When they had got it back to the bunker, Jules had done a good job of cataloging it and ensuring anything powerful or potentially dangerous was properly stored in warded lock boxes. She had left one box of stuff for him to review, in what he thought of as “The Lesser Archive Room”, mainly because it sounded rather Potter-ish.
( Collapse ) 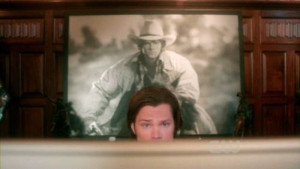 According to Deadline the series, which will be called "Walker", would  "focus on Walker as he returns from years undercover. A widower and father of two, he begins fighting crime with a new partner, who is one of the only female Rangers in history."  The show will be set, and film, in Austin.

The series is being written and executive produced by Anna Fricke, who is currently under an overall deal at CBS TV Studios, and who previously co-created the Syfy US version of the series “Being Human” with husband Jeremy Carver. Jared is also listed as an executive producer.

Both CBS and The CW are set to be interested in obtaining the rights to the show. I am sure we'll find out more at the Con in New Jersey next weekend!
Collapse