There's already VIDEO of the J2 panel up becasue

Links to everything at the Wiki and you can check out

caithream's Con post with wonderful Jared and Jensen pics too.

tomoffinland74 and I watched the original last week. Awesome pic, and OMG Jeff bridges was always The Dude! Interestingly quite a few points of similarlity bw Tron and the V World of Caprica.

ETA: Marksha just said to a fan who said he only half answered her question "Get the fuck back here. I want to satisfy you!"

Because mostly, real life is actually stranger than fan fic 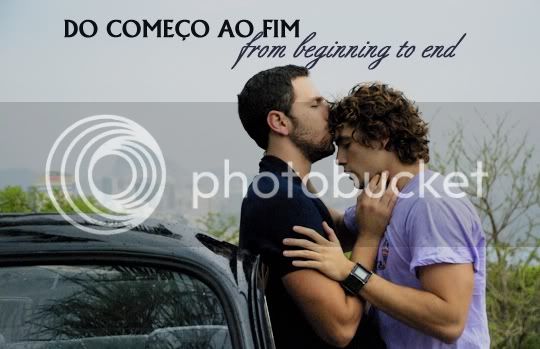 Tonight I went to see a Brazilian film called Do Começo Ao Fim (or From Beginning To End) about two brothers who love each other in that special way.

FANDOM NEEDS TO SEE THIS FILM. Its shmoopy incest romance with hot hot boys whose chemistry burns up the screen. I wish we could screen it at Wincon!

Firstly yay to Melbourne Queer Film Festival. I think this was the first international screening of the movie, and they’d flown out the film maker and his partner. From the look of it they’d been having a good time ;D

Also the Queer Film Festival is probably one of the few places I can sit next to a stranger and in less than 30 seconds we are having a conversation about twincest and furries. His name was Amos, he was a skater boy and he gave me a bag of cheese – but that’s another story ;D

Under the cut I’ll talk about the movie. There are some pics, and there are spoilers inc the ending.
Also:
*Trailer for the movie
*Stunning,steaming hot rehearsal footage

ETA: There's a version floating around the net but it's not the whole movie (only about 2/3 and no subtitles). I'll try and find out through MQFF if they know about any DVD plans in the near future. Otherwise check out any queer film festivals in your area for screenings.
Collapse